Leather barefoot Health and comfort for your body

In the barefoot sandals You can feel everything you stepped on, but nothing is sharp, so that the leg does not hurt or hurt, but beautifully massages, Blood and awakens. In addition, you will not stick to the footwear and do not sweat in it. No bruising, no knee pain, feet, calves, only beautifully bent and pleasantly tired feet.

Characteristics of barefooters, or if you want minimalist footwear:

Movement on the Boso on natural terrain also affects the movement of all bones that we have in the body, affects all joints – knees, hips, but also the spine must cope with a different load than what is exposed to the artificial asphalt or concrete surface. It has a positive effect on the structure of the bones, the strength of the muscles, the articular range, in short, the activity of the whole body.

We would like to share with you the information we drew from the book Whole Body Barefoot by Katy Bowman, which deals with biomechanics.

If we want to talk about legs and shoes, it's good to remember what shoes actually brought people.

They offered us, above all, protection against abrasion and lacing caused by sharp objects (thorns, branches, stones, etc.) and also allowed people to live in cooler areas, where the man could not be found, because (not only) without shoes Survived.

In The Middle Ages served shoes as a Symbol of money and status. Poor people walked barefoot while wealthy people wore shoes.

And because money had begun to be enough, they were looking for ways to distinguish themselves from the less wealthy in clothing and shoes. This started to enter the forefront of fashion, which began to determine the shape of shoes, heels and materials from which the shoes were sewn.

With urbanization and modernization came another big change, which was "ironing" the surface after which people walk. Not only have we decided to limit our feet in shoes, but we have not yet significantly reduced the variety of surface we normally move. So most of us, civilized people, Walk for days on a flat and hard surface, such as asphalt, paving and concrete.

Quite often in articles and on Web pages that deal with "bosism" we learn about how the foot works. However, most forget to mention the second part, and that is the action of the surrounding environment on the foot. For example, what forces arise during walking on a flat and hard surface?

In nature often "get out" under the foot washer, however, on the concrete must "dodge" the foot. With a similar view we also meet with Katy Bowman, who himself says that one of the reasons why she and she does not go still barefoot is the fact that she does not want to expose her body to repetitive stress, which affects us artificial (i.e. straight and hard) surfaces.

So what is natural? 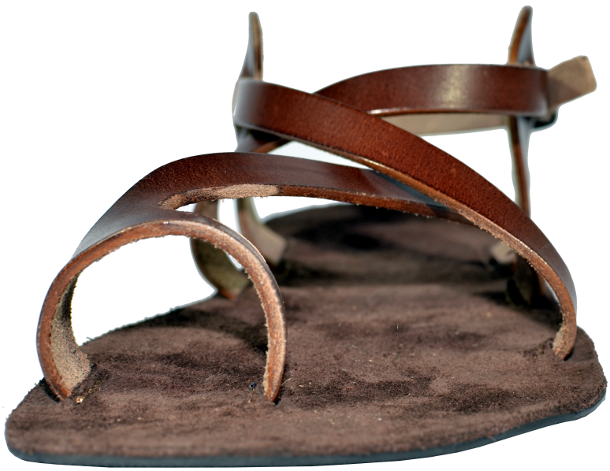 Imagine a meadow, where there are clusters of grass, pinworms, bumps or woods, where there are roots, branches, slopes, moss pillows, stones, sticks, cones, etc. Walking along such terrain (Boso or in minimalist footwear) offers countless combinations of the mutual orientation of all the bones that we have in the leg. Constantly adapting to diverse terrain. When you climb the cone, the foot must cope with it and "revolves" around it. If we had a shoe, then in the best case the whole outsole will swing on the cone, and we won't even know about it in the worst.

However, the movement on natural terrain also affects all other joints – knees, hips, and spine must cope with a load other than what they are exposed to